Classical view of ancient Greek leader Pericles who lived from 495 to 429 BC during the Golden Age of Athens. This line drawing is based on direct observations of the original 2nd century AD marble statue located at the British Museum in London.

The illustration was created in vector format allowing resizing to any dimension without loss of clarity. 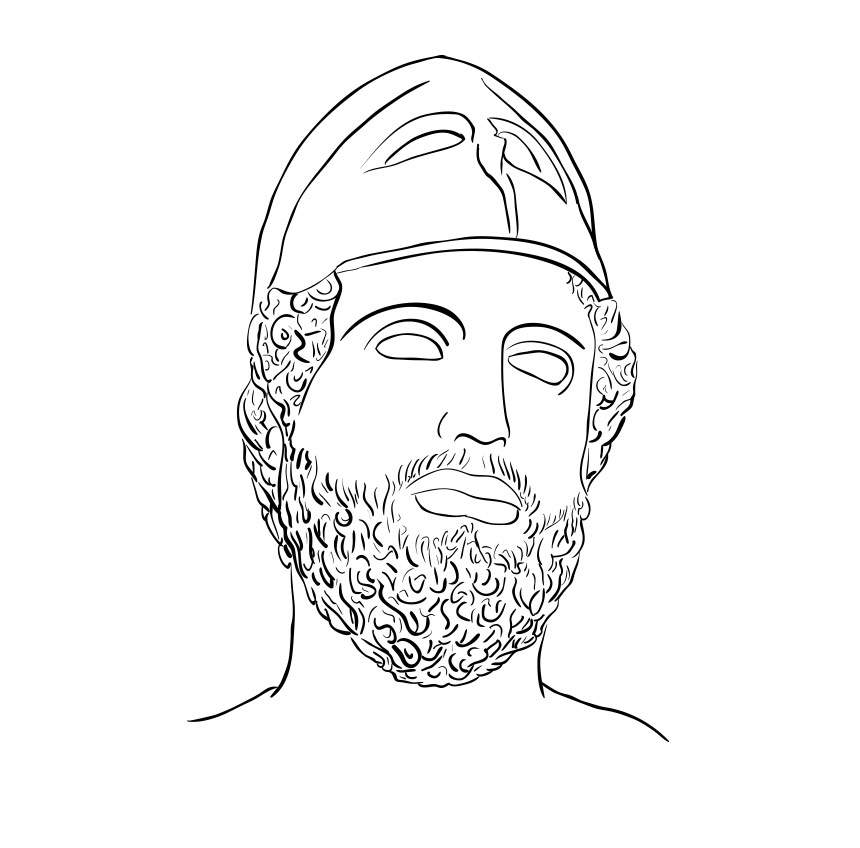